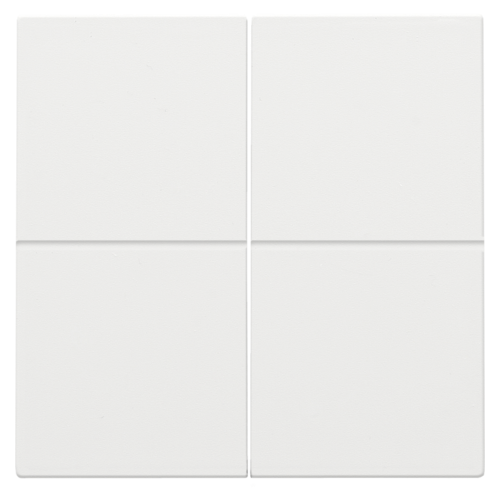 This central plate with two buttons can be used for the wireless Niko dimmer switch for Hue system, EnOcean®, Bluetooth® and KNX® 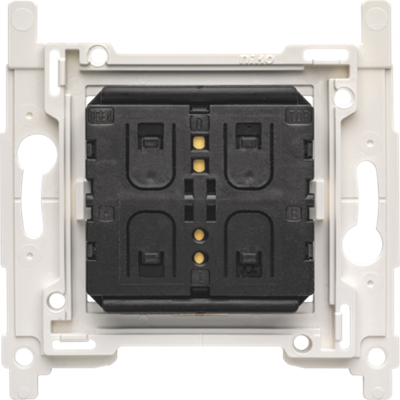 This wireless and battery-free dimmer switch in Niko design can operate as a switch, a dimmer, a roller shutter control or a scene selector in a KNX® system. This dimmer switch works together with the KNX® wireless media coupler (360-33001) who transmits the KNX® commands to the KNX® bus. This allows you to easily extend a KNX® system without breaking walls or installing extra cables. For best performance, follow the installation and radio planning guidelines. Configure the dimmer switch buttons with the ETS software that is available on the KNX® Association website together with the KNX® programming adapter (360-39001). The following communication objects can be linked to the buttons: single channel, dimming and shutter control. The supported functions are: on, off, on/off, up, down, darker, brighter, scene number, send value in percentage, in angle, in 2 bits, in 8 bits. Up to six button combinations can be configured. The dimmer switch can be mounted into a European flush-mounting box, screwed onto a wall (screws not included) or glued to a flat surface with double-sided adhesive strips (included). The central plate and the faceplate must be ordered separately. The dimmer switch combines with any Niko Pure, Niko Intense and Niko Original faceplate in the colour of your choice. 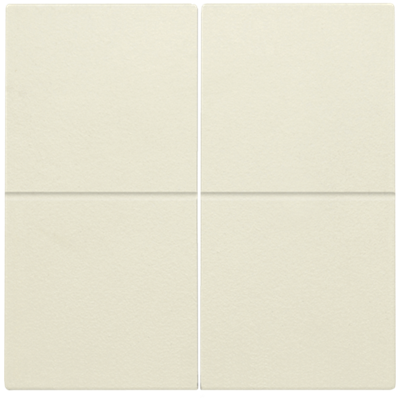