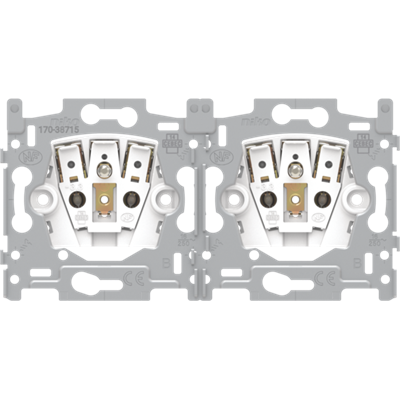 Mechanism for a double, horizontal socket outlet with pin earthing, screw fixing and shutters. This socket outlet has a flush-mounting depth of 28.5 mm. A finishing set and faceplate in the colour of your choice must be ordered separately.