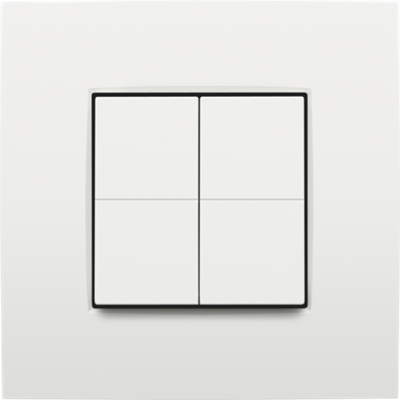 With this wireless and battery-free dimmer switch, you can operate the Philips Hue lamps effortlessly. Determine in the Philips Hue app what each button must do (switching on and off, dimming, activating mood settings). Mechanism including push button and flush surround plate Niko Intense white. Philips Hue Bridge v2 required and not included.

Base voor the Niko dimmer switch for Hue System.