This item is also available in a version with plug-in terminals. Reference code 100-66625 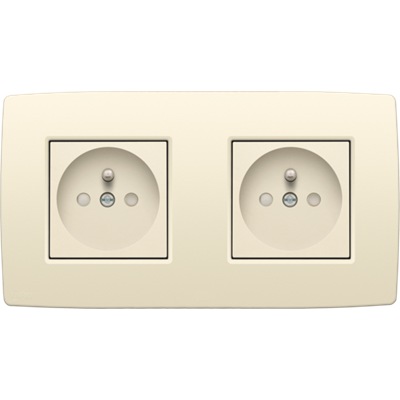 Compound double socket outlet with earth pin (base, central plate and finishing set) for horizontal positioning. The bases are equipped with screw terminals and screw fixing. The socket outlet also has a shutters and a flush-mounting depth of 28.5 mm. Finishing colour: cream