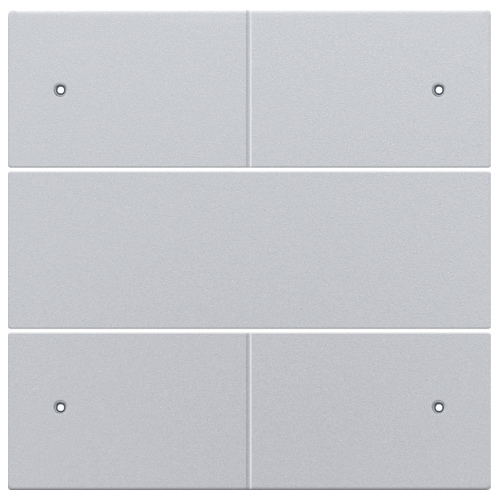 Central plate with 4 potential-free push buttons of 24 V. These push buttons are specially equipped with an LED lamp. With them, you can conveniently control various lighting points in 1 or more rooms. By using the LED lamp, you know directly whether the light source is activated or not. Finishing colour: sterling.