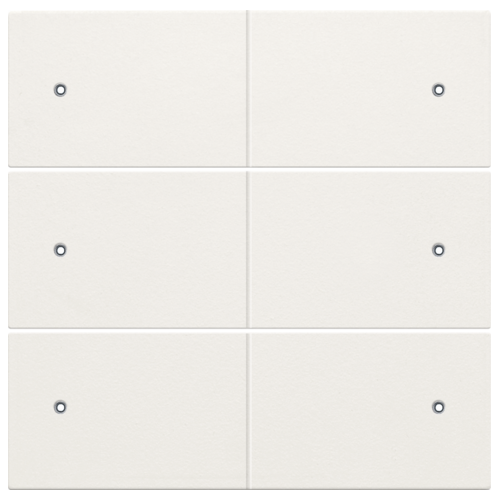 Finishing set for a push button with 6 potential-free 24 V control buttons. With this, you can conveniently control various lighting points in 1 or more rooms. The LED indications on the keys let you know directly which lights are still on. Finishing colour: white.