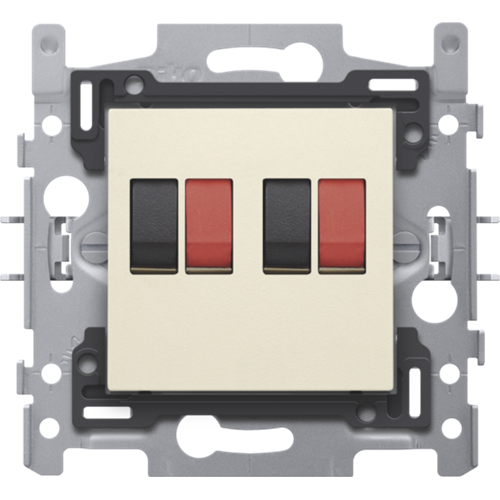 Compound double speaker connection, (base and finishing set). The base is equipped with claw fixing. The socket outlet has 2 X 2 inputs for connection to the speakers. Finishing colour: cream