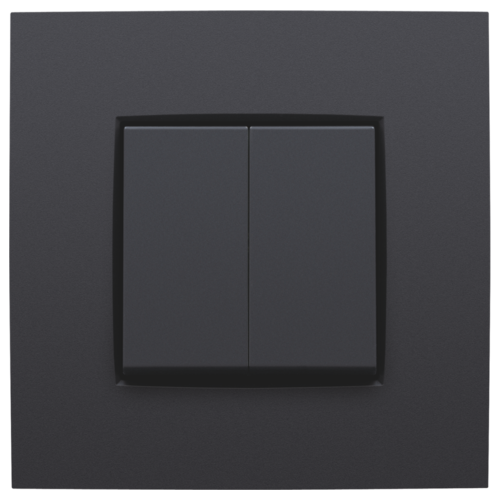 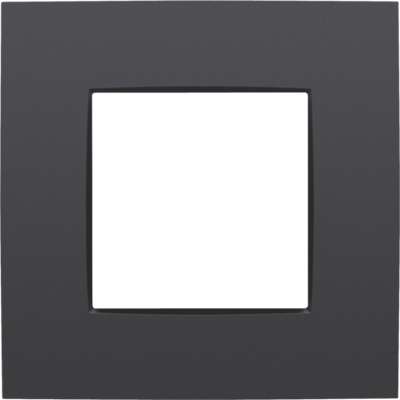 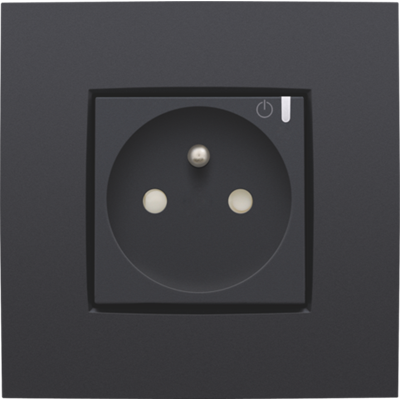 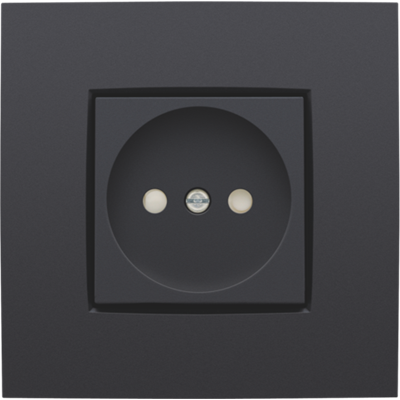 Socket outlet without earthing and with shutters