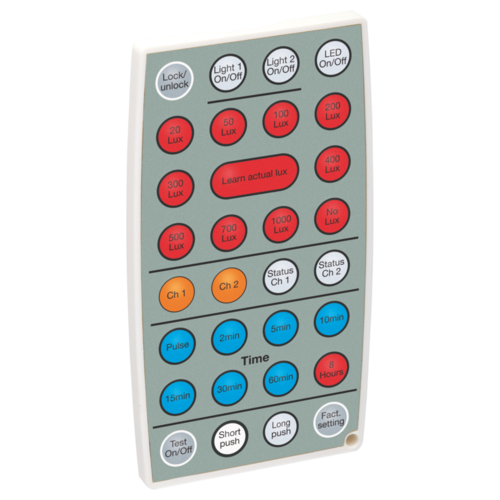 This Niko remote control is used for setting the presence or absence detectors (360°, 230 V, master) with one channel for flush mounting (350-20070) and for surface mounting (350-20078) via infrared transmission. The factory settings can be changed with the remote control. The settings that can be changed include the daylight factor (lux value) and the time period during which the lighting remains on. 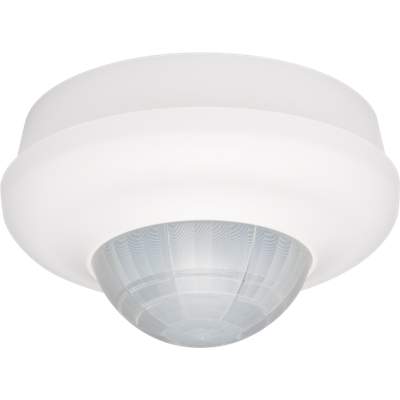 This presence or absence detector with one channel (360°, 10 A) is suitable for surface-mounting on high ceilings and is used to switch indoor lighting on and off. The detector has a circular detection area with a diameter of 16 to 32 m that can be adjusted using the cover mask. The device with integrated light sensor can be set up as a presence or as an absence detector. When used as a presence detector, the lighting automatically switches on and off (as soon as the switch-off delay has elapsed). When used as an absence detector, the lighting must always be manually switched on first using an N.O. push button (to be ordered separately), after which it will be automatically switched off (as soon as the switch-off delay has elapsed). The device is also equipped with the ‘eco off’ function, which allows the user to switch the lighting off using a connected N.O. push button without having to wait for the switch-off delay. If the lighting is not switched off manually, it will be switched off automatically once the switch-off delay has elapsed. The device has an IP54 protection degree, a potential-free contact and conforms to the European EN 0669-2-1 standard for EMC and safety. The set-up can be performed manually on the device itself or via a remote control. The product can be used as a stand-alone unit or in combination with a maximum of ten slaves. Finishing colour: white. 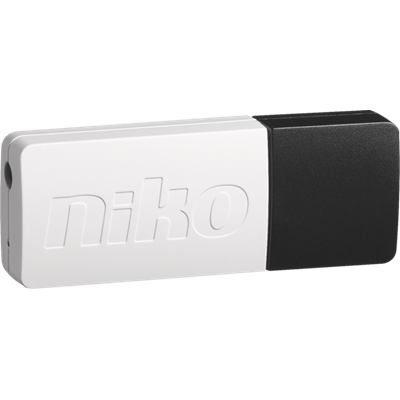