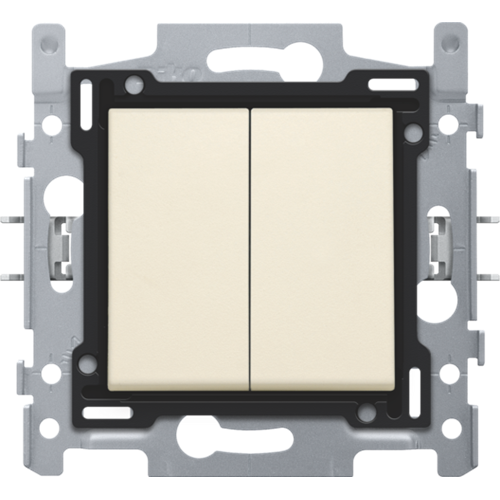 Compound flush-mounted two-way switch (base and finishing set) with push button, N.O. It is used to control different lights points. The base is equipped with plug-in terminals and claw fixing. The finishing set has two keys. Finishing colour: cream