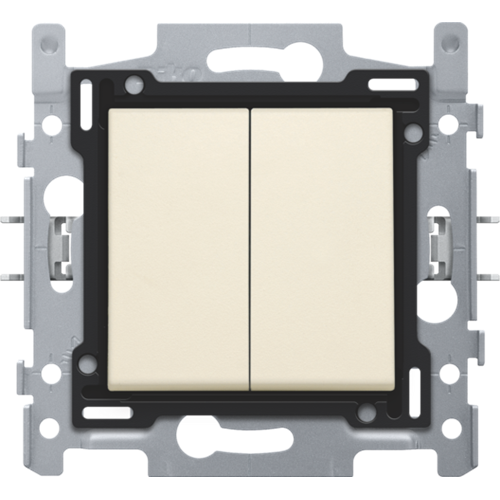 Compound double-pole flush-mounted two-way switch (base and finishing set). The base is equipped with plug-in terminals and claw fixing. This switch allows 2 lamps to be controlled from various rooms.